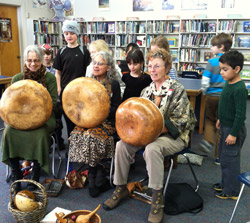 Mudzidzi (“learner” in chiShona) is a mbira ensemble that plays in a variety of tunings and our repertoire consists of classic Shona music. We have played together for many years and have been privileged to study under many mbira masters from Zimbabwe and North America. Our current Zimbabwean teacher and band member is Chaka Mhembere; he has toured the world playing in Thomas Mapfumo’s band, and we are blessed to have his depth and virtuosity added to our sound and spirit. Other group members include Nel Applegate, Suma’ Elan, Karen Kline, Jeff Muiderman and Wanda Walker.

My name is Clayton Tendai Master and I was born in Mbare, Zimbabwe. When I was in grade 6 in 1996, I started art in school and we did a dance called chinyambera. In 1997 I danced mbakumba and found myself interested in art, dance and music, so I joined a group named Savannah Arts. After a year I joined Lions of Zimbabwe. It was good as we were playing marimba, mbira, marimbira and traditional dances. Then in 2004 I moved from Harare to Victoria Falls where there were bigger opportunities to play at hotels and lodges, and for weddings and other functions. In 2009 I met the woman who is now my wife, and I applied for a visa to come to America. It finally came this year in February. We now own a hostel in Fort Collins and volunteer to teach people traditional dances of Zimbabwe. 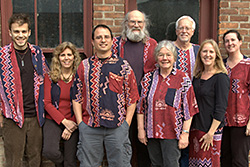 The Maharimbas is a nine-member band playing energetic African, Caribbean, contemporary and original music on marimbas and percussion. Their contagious dance rhythms will make you want to put your whole body in motion. The Maharimbas have been playing since 1987, when they spent a year working with OSU music professor Michael Coolen to get a foundation in the rich music of the Shona people of Zimbabwe. The Maharimbas’ music has since grown to include pieces from many different countries, including Mexico, the Caribbean, Europe and New Orleans, as well as arrangements of Beatles tunes and original work. The Maharimbas have performed at the Oregon Aquarium, Hot Air Balloon Festival, Salem Art Fair & Festival, Oregon Country Fair, da Vinci Days, Corvallis Fall Festival, wineries, summer concerts in Roseburg, Woodburn, Monmouth, Salem, Sisters, Newport, and at many weddings and other private parties. They also performed at numerous venues during a cultural exchange trip to Uzhhorod, Ukraine, Corvallis’s Sister City, in 2008. Marimba music is enjoyed by all ages. It is a sound that makes people feel happy.

Mahonyera* Mbira Ensemble, founded in Seattle in 1991, performs traditional mbira music of the Shona people of Zimbabwe. Three to four mbira players perform complex interlocking patterns on the 22- to 24-key mbira dzavadzimu and are accompanied by hosho (gourd shakers) and vocals. The group performs annually at Zimfest and the Northwest Folklife Festival, at Seattle music clubs for African Music Nites and for private parties and events. Mahonyera members are: Claire Jones, Kevin Ugarte, Sheree Seretse, Phillip Page and Sooja Kelsey.

*Mahonyera, in the chiShona language, is a style of low-pitched syllabic singing. It also refers to “the sound of distant voices.” 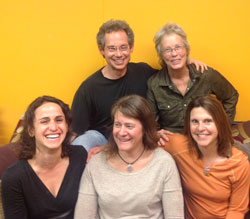 Bistro Marimba Quintet is a dynamic marimba band. Our passion for this music was ignited as students of the Kutandara Center with Randy McIntosh as our teacher. We play at coffeehouses, school functions, farmers markets and community events. We’ve had the pleasure of playing gigs with Daniel Lockley, Randy McIntosh, and Amy Stewart McIntosh. We believe that playing this music opens doors between cultures and generations, and brings joy to our audiences.

Supadupa Marimba Bros started as a youth band at MLC (Metropolitan Learning Center), a Portland public school where their leader Eric Miller teaches marimba. Many years later, they’ve stayed together as a band and perform their exciting style of marimba around the Pacific Northwest.