↓ Skip to Main Content
Home › About › Past Festivals › Zimfest 2021 Archive 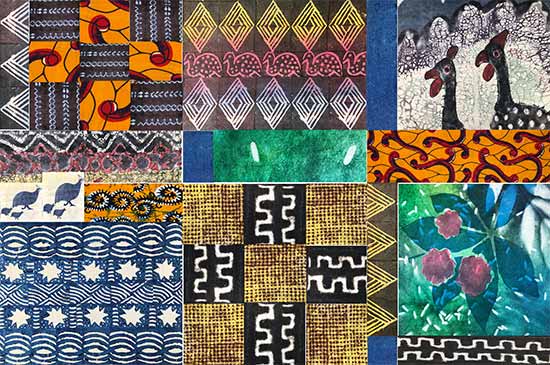 A Quilt of Local Events… Stitched Together

Welcome to Zimfest 2021, an online festival stitched together from many local events and recording sessions across the globe! The Organizing Committee recognized that while the COVID pandemic would prevent the Zimfest community from coming together in one location, we could seize the opportunity to facilitate participation from more Zimbabweans and others than are normally able to come to an in-person festival. In the spirit of inclusiveness, we invited participation from all over North America as well as Zimbabweans throughout the global diaspora! 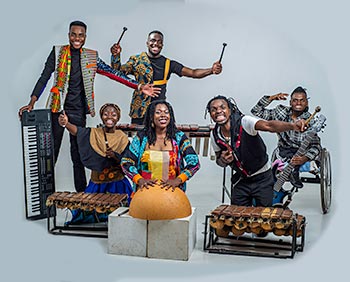 Music According to Percussion (MAP) 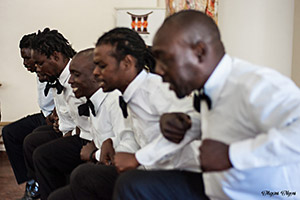 Umkhathi Theatre Works is a multi-disciplinary performing arts ensemble based in Bulawayo. Led by Matheso Dube, they will be presenting “Footprints,” a musical dance show which tells stories of the Ndebele people of Zimbabwe.

Othnell “Mangoma” Moyo performs with his group Music According to Percussion (MAP), a Harare ensemble which sets percussion as the sole driver of its music. MAP’s music is rooted in several types of mbira, ngororombe panpipes and the ngoma/ingungu drum.

Joyce Warikandwa is a mbira virtuoso from Mhondoro now resident in the Ubuntu Village in Gutu. She and the Ubuntu Women will offer a short-but-sweet performance of classical mbira songs with a fresh and contemporary take. 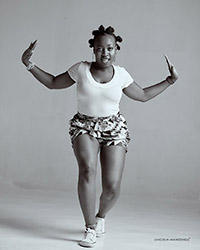 Ndomupeshe Chipendo is a Harare-based dance specialist who has trained at Afrikera Arts Trust as well as the Music Crossroads Academy. She will be showcasing her versatility in two short presentations of dance and percussion.

Nicholas Manomano is a full-time marimba teacher, player, performer and manufacturer who has traveled extensively in Europe and Central Asia. He is probably the most influential and best-known marimba player in Harare today. 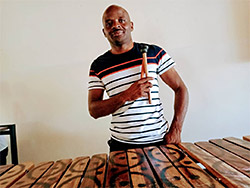 Lino Piloto is the director of Ntswai Ntswai Arts, an organization based in the Dangamvura township outside of Mutare, Zimbabwe. He teaches traditional music and dance to children in the community and adults in schools and universities. 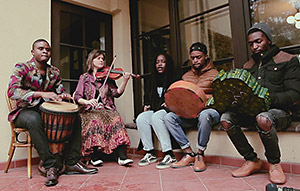 TORAJ is a Zimbabwean-Polish band, performing in Warsaw, fusing traditional Zimbabwean mbira and traditional Polish music (the violin) – both in playing, and in approach. TORAJ focuses on culture, tradition, storytelling, and bringing together Poland and Zimbabwe.

Linos Wengara Magaya and his Zimbaremabwe bandmate Tim Lloyd, based in the UK, provide a sweet set of traditional acoustic mbira music.

Unable to participate: Michael Sibanda and the all-star Totem Marimba Band from Johannesburg were unable to perform due to a Level 4 COVID lockdown and social unrest in South Africa.. 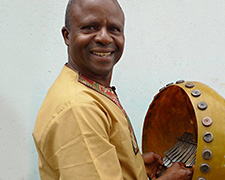